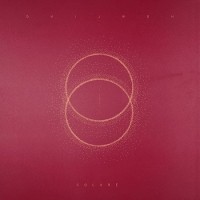 RY X, solo alternative artist and member of The Acid, and Frank, one half of Âme, bring fans a bigger, sharper follow-up to their debut, ‘Sacred Ground.’

On ‘Colure’, the Berlin-based Wiedemann and Los Angeles-based RY X conjure transcendent creations out of their contrasting musical backgrounds and environments. The album is assuredly dualistic: electronic and acoustic sounds sit comfortably side-byside, and big melodic hooks are laced into hypnotic club productions.

RY X rose to underground-folk fame with breakthrough hit ‘Berlin’ and followed up with solo albums ‘Dawn’ and 2019’s ‘Unfurl’. His band, The Acid - a project with producers Adam Freeland and Steve Nalepa created a multimedia film, “the bomb” in 2017.

Wiedemann is royalty of the 4/4 scene as one half of Âme with Kristian Beyer and head honcho of Berlin label Innervisions he co-owns with Dixon & Kristian.

Howling took their collaboration out on the road with a mesmerising live show playing a string of sold out shows and festivals in the UK and across the world including Melt! Festival, Lovebox, Lowlands, Pukkelpop, Electronic Beats Festival, Sacred Ground Festival and more and played live at Innervisions showcase at The Royal Albert Hall (+ Live Stream) in September 2018.

Recommended if you like Atoms For Peace, Âme, Dixon, RY X, Tale of Us, Mano le Tough, The Acid.