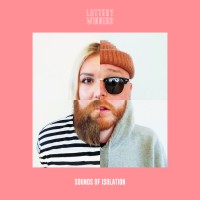 The Lottery Winners return with Sounds Of Isolation. A new 11 track covers album that immortalises the lockdown exploits of one of the nation’s most active and innovative bands of the last 3 months.

A quick follow up to their self-titled debut album, released in March, The Lottery Winners charted at #23 in the UK Albums Chart, as well as #3 in the Independent Albums Chart & #8 in the UK Vinyl Chart. Press support came from Dork, DIY, NME & CLASH, and the release was also lauded by Spotify, with the band featuring on New Music Friday UK, The Indie List, The Rock List and the fabled Walk Like A Badass playlist over the course of the campaign.

The release of the album was supposed to coincide with the band’s biggest headline tour to date, culminating in a huge headline show at Manchester’s O2 Ritz. However, as with every artist in the last few months, those plans did not come into fruition.

Sounds Of Isolation is the product of 3 months of hard work from a band who refused to let the global pandemic stifle the joy and celebration of their debut album. As originally showcased to their 20k strong Facebook following, the band launched LWTV, and kept their fans entertained with a series of quizzes, special guest features (including Rick Astley and Frank Turner), and of course their renowned isolation covers. Now bundled up onto vinyl and CD for the first and only time, Sounds Of Isolation is a gift to you from Leigh’s greatest entertainers, and will serve as a memento to how people came together and kept spirits high during a time of crisis.

Barry says: This set from the lottery winners is a spirited and skilful display of their determination to triumph in 'these troubling times'. A brilliantly done collection of covers from all over the musical spectrum, all done in LW's inimitable style. Lovely stuff.

The Lottery WinnersLove Will Keep Us Together