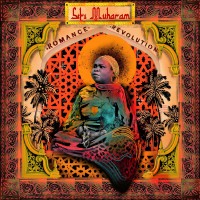 Siti of Unguja tells the story of pioneering women, of the ‘golden voice’ of Siti Muharam, heiress to the singular legacy of her great grandmother, the mother of taarab, Siti Binti Saad.

On the Corner teases this first taste of a landmark recording that the label embarked upon two years ago on Zanzibar. Siti of Unguja has a transformative atmosphere, brimming with romance, passion and protest.

Zanzibar is an Island archipelago that lies 6 degrees South of the equator and 30 miles off the East African coast out in the Indian Ocean. Known for its spices, traditional Dhow sailing boats and being a mercantile trading capital of Swahili culture.

The modern history of Zanzibar can be animated through the life and legacy of one artist, Siti binti Saad. Born in 1890 in the small fishing village of Fumba, on Unguja (Zanzibar’s largest island), she became the first Zanzibari recording artist and her recordings sold in tens of thousands across the swahili world.

The tracks recorded for Siti of Unguja demonstrate Siti Binti Saad’s eclectic influence on Zanzibari taarab and her great granddaughter, Siti Muharam imbues the compositions with feeling. Siti Muharam’s golden voice carries the poetry and invects a timeless passion. It is Muharam’s deep humility and love that brings the spirit of these two women together.

With Sam Jones at the controls, taarab’s conservative layers were opened up and given more than a little wiggle room. Under the direction of Matona, the recording of this album paid homage to Siti Binti Saad’s innovations by bringing back the percussive Kidumbak style of music that originated on the streets of Zanzibar. By stripping back the typically dense string section of taarab a space was created for Muharam’s beguiling timbre that is gilded with emotion.