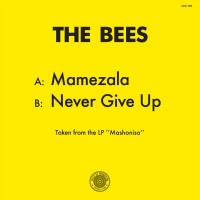 The Bees are a textbook case of the chew and spit cycle that was the late 80’s South African music industry. Although their unknown story is likely unique, it is just as likely that it is no different to that of many other young artists who dreamed of getting their music heard at the time.

By 1988, the independent record label was no longer as uncommon as it had been at the beginning of the decade. As the 80s went on, more seasoned A&R reps and Producers that had gained experience and connections from their work under major labels would be trying to cash in on a market they helped create. Without the need of big rooms or expensive recording equipment, the digital advancements allowed many Producers to open or work in smaller studios and promote unknown artists under their own imprints. They would then have their catalogs marketed and distributed by the same major labels they had been working for just years prior. This would open up the possibility of a new era of stars as potential talent no longer had to be pitched to major labels in hopes of them taking a chance on a new signee over their already established artists. With the market growing and a struggle to keep up with the demand for new sounds this agreement would allow the major labels to put new emerging artists or groups on their catalog with little investment and high reward if it happened to be a hit.

ON Records was just one of the independent players at the time. Ronnie Robot had just signed the unlikely trio The Bees in hopes of adding a hit group to his label roster that consisted of solo acts. Despite the debut’s fresh house inspired sound, it failed to catch on was outsold by the bubblegum disco the label was known for. Over the years unsold back stock and promos would build up with the distributor. Luckily this allowed sealed copies from the label’s catalog to survive into the 90s when the distributor’s stock was unloaded and picked up by legendary Johannesburg jazz shop Kohinoor. Here sealed copies of the Bees first attempt sat under appreciated for over 20 years before becoming a hot title after they started circulating online and became club staples. This is how the first album of an unknown group with no success was able to become a collectors item and earn a reissue over 25 years later.

With their first record behind them The Bees were ready move forward and get back into the studio. A suggestion from producers had the trio change camps and go work with the newly formed Creative Sound Recordings, the label that promised “Music for the Future” and ended up being an essential studio in the early years of Kwaito. They would work with producer Chris Ghelakis and guitarist George Vardas, while a young Marvin Moses sat behind the desk. Musically the sophomore album was as good as a follow up as you could get. Building on the first album, Mashonisa delivers catchy melodies backed by heavy drum programming that would score points with any Pantsula. The Black Box inspired “ Never Give Up” was one of two tracks chosen to be pressed as the promo for the album, hoping to trick listeners with their catchy version of the hit( A year later the label would release their first volume of Black Box covers sang by neo soul diva BB, it would be a great seller). The label printed up an unknown amount of these in a last attempt to push the release in Shabeens and on Radio. The cheaper route of flooding the market with promo copies would only pay off 25 years later when unplayed copies started being rediscovered and had survived the years in a quantity that original run of the full album could not. Once again it was clear that with no mainstream appeal, the quality of the music on its own was not enough to garner any success at the time. The album flopped worse than their first and failed to make it past it’s initial run, making it one of the harder titles to get from the CSR catalog.

Mashonisa would be the last attempt from the Bees. They would disappear from the scene as quickly as they appeared. Of the three members it is only known that lead Singer Solomon Phiri continued in music fronting a wave dance group before he mysteriously vanished in 1993, never to be heard from again. Through a combination of luck and circumstance the group, which is unknown in South Africa to even the most plugged in musicians, producers and radio hosts of the time, managed to finally get some of the recognition they deserved 30 years later. Unfortunately this small blip of fame would happen with none of the band members present to give their side of the story, or even aware of how their two albums became popular enough to be printed on different continents in a new millennia. The Bees suffered the same fate as countless other artists of the time, who thanks to emerging independent labels and willing producers were given an opportunity to have a short career, only to be replaced by the meat grinder of the music industry when they failed to produce a hit.

J.P. RobinsonKeep Me Satisfied / Our Day Is Here