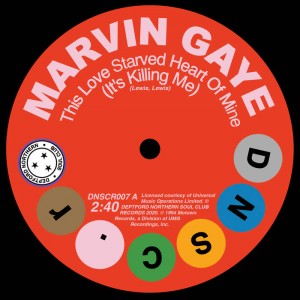 Two monster slices of Motown magic, straight from Detroit to the dancefloor.

The legendary Marvin Gaye’s super rare anthem – recorded in late 1967 - that appeared on 1995’s ‘Rare And Unreleased’ CD. Copies of the original single go for around £650 if you can find one.

A fantastic floor filler with that unmistakable Tamla backbeat and a euphoric chorus.

Backed with the ‘Here Comes The Judge’ hitmaker’s magnificent ‘Don’t Mess With My Weekend’ - which was only ever previously released by Motown in Australia in 1969.

A funky ‘getting ready’ groove with Shorty’s expressive vocal to the fore and a telegraph guitar holding it all in place.