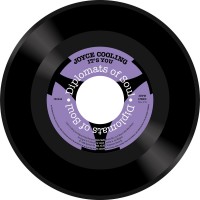 Joyce Cooling is known for being one of the dynamic jazz guitarists in the world. She has recorded for over two decades and had No.1 radio hits in the USA where she has performed with such musical giants as Joe Henderson, Stan Getz, Charlie Byrd, Al Jarreau, and Lee Ritenour. The vocal track "It's You" comes from her debut album "Cameo" in 1988 and was adopted by the jazz dance and soul scene in the mid 90s. It has been on CD compilations since that time but never before on vinyl. "Dori" is also one of her finest works from that time, only previously a bonus track on one edition of the "Cameo" CD

Sarah JuneThis Is My Letter To The World