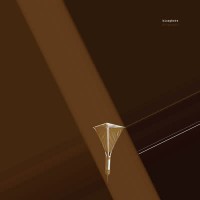 Dropsonde was originally released by Touch (UK) in 2006. This is a reissue with seven previously unreleased recordings.

You may recognise his work without knowing it, so frequently does it crop up on TV trailers and idents. In the early 1990s he was a pioneer of so-called 'Ambient Techno', but since then, he has refined his sound into something more magnetic and enduring.

Dropsonde' isn't a soundtrack like the interwoven 'Substrata' nor an episodic journey in the way that 'Autour de la Lune' is. Here Geir Jenssen is pushing new directions towards the jazz colours of Miles Davis and Jon Hassell, whilst re-invigorating the pulse and projection of his signature sound: a hypnotic combination of pleasure and dread.

The spatial aspects some have dubbed "Arctic sound" but it summons strong feelings, or as Exclaim from Canada put it, "in order to climb higher, you must first go deeper". Jon Savage adds: "As with all of the Biosphere albums, the music draws you in and makes you want to listen and feel. Jenssen's work acts on a very emotional level, one that encourages you to drift away into a haze of images and scenes brought to you by the music, where spectacular beauty hides unseen danger. Intense and moving, but comforting and soothing at the same time."

A 'dropsonde' is a weather reconnaissance device designed to be dropped from an airplane or similar craft at altitude to take telemetry as it falls to the ground. It typically relays information to a computer in the dropping airplane by radio. The fall may be slowed by a parachute. Information collected by a typical dropsonde may include wind speed, temperature, humidity, and atmospheric pressure.