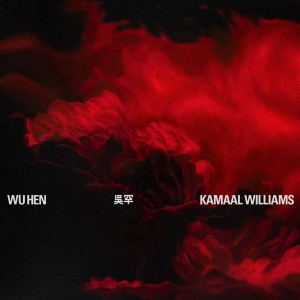 Wu Hen is the sophomore album from Peckham visionary Kamaal Williams -- an invitation to elevate to a higher state. Cinematic strings from Miguel-Atwood Ferguson and virtuoso saxophone from Quinn Mason are textural additions that make for a deeper, multi-layered experience than previous releases.

Bringing groove back to the forefront, Wu Hen oscillates between celestial jazz, funk, rap and r&b reinforced with the rugged beat-heavy attitude of grime, jungle, house and garage – a self-styled fusion Kamaal describes as Wu Funk.

Kamaal rose to prominence with the hugely acclaimed Yussef Kamaal alongside drummer Yussef Dayes and a catalogue of 12”s for imprints such as MCDE, Eglo, and Rhythm Section as Henry Wu that became essential DJ tools. In 2018 he launched Black Focus Records with the Kamaal Williams debut The Return, which charted in the UK and saw sold out shows and festival appearances across Europe, North America and Asia.