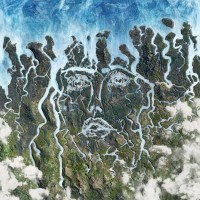 A global spectrum of talented artists grace the record – and for the first time this includes rappers. Appearances from Mick Jenkins, Channel Tres, Aminé and slowthai sit comfortably alongside the legend that is Common. Other features include the inimitable Kelis who opens the album and Fatoumata Diawara who the boys have also linked up with previously. Cameroon’s Blick Bassy brings his own flow to the table while a powerhouse team of Kehlani & Syd ease the pace with their contribution.

For the exhilarating new album ‘ENERGY’ the title is everything. “The thing that decided which songs made it and which songs didn’t was that one word: energy. Every track was written really quickly. That’s why we had to write so many songs because those ones don’t come up every day. Or every week. Or every month.” Through an epic process of creation and distillation the path to producing their shortest, most direct album - 11 songs, 39 minutes - ran through around 200 tracks: everything from drum loops to fully realised songs.

Since live touring has been paused during the global pandemic and their own plans for 2020 now being put on hold, Guy (and sadly not Howard as they isolated in different countries) found an outlet for his desire to give people a good time no matter what the circumstances by doing a regular run of their popular Kitchen Mix parties via live stream, a set for Boiler Room and a one off special to celebrate Earth Day.

‘ENERGY’ will be available on vinyl, CD and cassette. Disclosure have worked hard to produce environmentally responsible products by focussing on a number of recycled and sustainable materials across all formats. These include forgoing plastic hard-cases for both the CD and cassette formats, utilising vegetable and water-based inks and varnishes and opting for a mixture of recycled and FSC approved cardboard which extends to two of the three vinyl options.

For the third vinyl option ENERGY will be available on Supereco vinyl format which utilises re-granulated PVC pellets in which to press the vinyl (with no loss of audio quality), a fully 100% recycled Bargesse board derived from sugarcane for the sleeve and shrink-wrapped in a sustainable sugarcane based plastic.