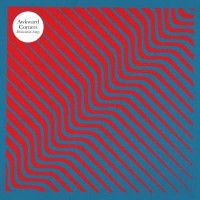 Dislocation Songs was recorded over the past 3 years – on and off – in Chris Menist AKA Awkward Corners' home studio. It started as a reaction to the UK post-2016's Brexit vote and an emotional response to the negative direction the country is taking with regards to immigration, politics and social priorities. The record shifts between optimism and resignation. The recording process offered emotional catharsis, and a space to summarise feelings that can be hard to put into words. The record is a collection of textures, rhythms and tones touching on downtempo beats, devotional music and electronic sounds. Music you can even meditate to. Chris is joined for three tracks by Sarathy Korwar, who plays tablas in this setting.

Intriguing opener Drawing A Blank features a minimal, distorted rhythm around which filtered Balafons & Illimbas work. Straight Ahead employs a unique swinging rhythm composed of a single repetitive tone. Dream-like soloing synth lines float over Chris's conga percussion. I'll Do It Tomorrow is one of Dislocation Songs standouts: a beautiful composition of both organic conga and percussion sounds and electronic synth lines. Dub effects punctuate throughout.

Just Around The Corner gets its groove on with Sarathy Korwar's tablas taking centre stage alongside the exquisite sounding Shahi Baaja. A single repetitive tone is again employed to hypnotic effect. John Dillinger's Death Mask Parts 1 and 2 concludes the LP in epic style with 10 experimental minutes of delayed, flanged and distorted beats, tones, tablas and Shahi Baaja - a dark meditation on governmental failure and obfuscation.

Awkward Corners is Chris Menist, a musician, DJ and writer. It started life as a small project in Islamabad, where Chris was living at the time. Initial recordings were made with local musicians in Pakistan and then subsequently in Thailand. This culminated in the Sweet Decay LP that came out on Finders Keepers' Disposable Music in 2014, and in turn led to a limited tape release on Boomkat/Reel Torque of original compositions and re-edits of Thai 45s the same year.

Playing drums and percussion since he was a kid, Chris is the percussionist for The Paradise Bangkok Molam International Band. As well as co-founding record label Paradise Bangkok (and hosting a monthly NTS Radio show of the same name) Chris has curated compilations for labels such as Finders Keepers, Soundway and Dust-To-Digital. He has been featured on the Boiler Room, Vinyl Factory Collections, played at the Four Tet curated Nuits Sonores festival, and recently put together an edition of Volumes which featured unreleased Awkward Corners compositions.