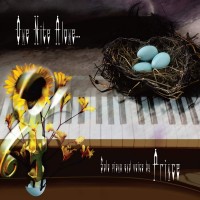 Prince followed The Rainbow Children with the stunning One Nite Alone… in May 2002. Featuring almost nothing but Prince’s acoustic piano & vocals (save for occasional rhythm from drummer John Blackwell & the ambient cooing of Divinity & Majesty, Prince’s pet doves), this intimate album offers favorites like “U’re Gonna C Me” & a cover of “A Case Of U,” written by one of Prince’s idols, Joni Mitchell. The original album never had a wide physical release as the CD was an exclusive to Prince’s NPG Music Club members & this marks it’s first time on vinyl.