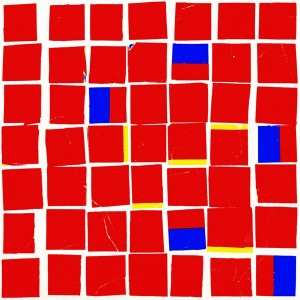 On his 30th birthday, Rafferty formed a band called Doomshakalaka in his mind. The name was like “Boomshakalaka!” (a snippet of in-game commentary from the video game NBA Jam) but with a D, giving a usually celebratory exclamation a paradoxical sense of dread.

He set about concocting an album’s worth of songs that embraced this juxtaposed vision:

Over the following years, Rafferty worked to fulfil this uncertain vision and wrote hundreds of fragments of music, melodies and lyrics and slowly distilled them down into 10 songs of stirring, nostalgia-tinged indie rock.

Influenced by luminaries such as Television, Big Star, Wings-era McCartney, Deerhunter, Pavement and Stephen Malkmus’ solo work, Rafferty divided himself between the roles of writer, performer, engineer, producer and mixer and took about the task of making physical the sounds that had long lived unsatisfied in his head.

“Some of the songs off this record started life in 2011”, Rafferty explains, “but without a band or the capital to record, they waited in the wings until I could beg, borrow or buy the gear to record them exactly how I thought they should be heard”

Doomshakalaka is constructed of chord sequences that conjure longing, sadness, desire and hope in equal measure. With strange and surprising arrangements that avoid the ancient and familiar beaten paths of guitar music, Doomshakalaka seeks to tell Rafferty’s stories in a playful and inventive manner and provide a platform to showcase the album’s central theme of the unfinished business of youth.

Rafferty says “It’s largely a record about remembering moments from my teens and 20s and what those moments mean to me now. I love the texture that ageing brings to an artist’s output. I like the sound of a big hole dug deep.”

Rafferty also designed the album cover with this concept in mind, stating

“Barnett Newman’s painting Who’s Afraid of Red, Yellow and Blue II was controversially slashed by a vandal in Amsterdam. When it went for repair, the conservator further damaged the painting when he spent the best part of a decade repainting it with a bucket of red gloss paint and a roller. The gallery had to repair the repair work. The painting today is a sum of its own turbulent history. It comes with baggage. It’s the same for a musician making a solo record in their 30s. To reflect this, the sleeve is a replica of Newman’s painting but torn up, glued together and cut into pieces until it became a brand new composition. All of the noise created in the process is present and celebrated. Its imperfection is the best bit”

1. One Last Saturday Night
2. The Curse
3. James Asleep
4. I'll Kill You, Motherfucker
5. This Is War (And I'm So Bored)
6. Werewolf Shadow
7. The Lost Homework Of Isabella Perez
8. The Fate Of The Hero Montage
9. Skinhead Suit
10. Black Balloons