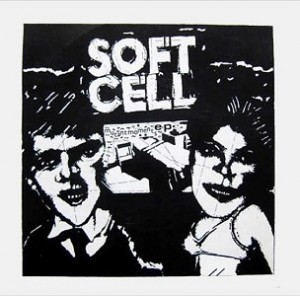 To celebrate 40 years since the release of their first ever recording, Soft Cell are set to re-issue their seminal debut EP Mutant Moments.

Originally released as limited run of 2000 7” EPs in October 1980 on the band’s own Big Frock imprint, the release sold out immediately. Apart from various unofficial bootlegs, this much-revered and influential slice of electronica has been unavailable on vinyl for nearly four decades.

This new edition of Mutant Moments is pressed on deluxe 10” clear vinyl to upgrade the sound quality from the original 7”. In addition, the four tracks have been remastered especially for vinyl using the most cutting-edge digital technology available.

Soft Cell’s Dave Ball has personally supervised the remastering process, and comments: ‘A vintage slice of lo-fi Polytechnic synthpop, lovingly remastered for you’.