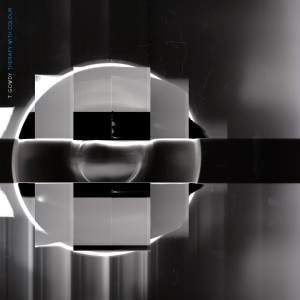 Therapy With Colour is the Constellation debut by Montréal-based producer and sound artist T. Gowdy, who has released three prior albums of exquisitely textured, predominantly ambient electronic music (most recently Pachira Aquatica via Shimmering Moods Records in 2019). His sublime audio/visual performances have featured at MUTEK (Montréal and Barcelona) and Spektrum (Berlin), alongside his ongoing work as an in-demand producer/engineer with over fifty album credits to date, including Suuns (Secretly Canadian), Ensemble (Fat Cat) and Ada Lea (Saddle Creek) to name just a few.

Therapy With Colour is Gowdy’s most sonically and conceptually acute solo work to date, inspired by experiments with the Nova Pro 100 Light and Sound Mind Machine (among the best-known home hypnosis ‘mind machine’ devices, first released in the late 1990s). For Gowdy, the ritualized therapeutic reprogramming of consciousness promised by this technology has two primary personal dimensions: “to explore psychological ‘debiasing’ and decorrelation of heteronormative narratives that exist within my familial, intimate and economic relationships; to let flow neutral communication with the self and others” and to circumvent the technical biases and temporal blockages endemic to digital audio workstations and the computer-based editing that governs production of most electronic music. The album’s five tracks are extracted from live, linear, real-time stereo recordings that have their origins in an audio/visual collaboration between Gowdy and light artist Laura Buckley (whose scanner artwork features on the album cover and packaging).


The music on Therapy With Colour is indeed meditative, but in a resolutely contemporary and highly engaging way, eschewing gauzy New Age or environmental music tropes and instead conveying the rigour and empiricism of controlled experiments. Consistent with theories of ‘mind machine’ brainwave synchronization, these tracks involve oscillating, shimmering Minimalist pulse and techno-adjacent rhythm that reward active listening, while working coequally as dissociative concentration music. Each of the five songs has a distinct vibe but constitute a deeply satisfying and cohesive flow. From the day Gowdy dropped this record on us a few months ago, devoid of context or background notes, we’ve probably listened to it more than anything else – not realizing we’d been self-medicating. But we can see everything so much more clearly now.