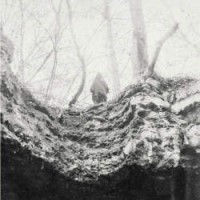 French three-piece Servo deal in the kind of dark, psychedelic noise-rock that storms with ease between gloomy, hypnotic moments and bouts of powerful, motorik noise. With a string of singles, EPs and their 2016 debut ‘The Lair of Gods’ behind them, the Rouenbased band are now gearing up to release their second album, ‘Alien’, via Fuzz Club. Servo’s sound finds an unstable home between heavy, droning psych-rock and gothic post-punk; forlorn, jangling guitars and deep, austere vocals breaking down into piercing blasts of feedback and distortion. Comprised of Arthur Pierre (guitar / vocals), Louis Hebert (bass / vocals) and Hugo Magontier (drums / vocals), Servo have spent the last few years bringing their intense live-show – an assault of trance-inducing noise and blinding flashes of light – to growing audiences around mainland Europe and the UK. After a couple of typically riotous and deafening shows in London, at underground haunts like The Shacklewell Arms and The Windmill, the band caught the attention of Fuzz Club, ticking all the label’s boxes: overloading on fuzz, reverb and drone. ‘Alien’, their first release on the label, comprises seven tracks of dark visceral psych.