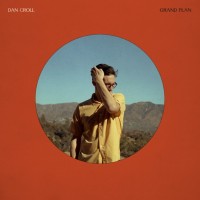 Two years ago, the Liverpool-reared singer-songwriter had reached rock’s “stupid club” age (27) and found himself at a crossroads. This graduate of the Macca-founded Liverpool Institute of the Performing Arts had released two albums – Sweet Disarray (2014) on a major, Emerging Adulthood (2017) on Communion (launchpad for Michael Kiwanuka, Catfish and The Bottlemen and Bear’s Den) – and had enjoyed solid success. And yet, and yet…

There was good radio support, a couple of banging syncs (Compliment Your Soul made it onto FIFA 14, From Nowhere was on Grand Theft Auto V), a busy international gigging schedule.

“Suddenly I was making a living from music.” But almost without noticing, “I’d gone into the pop world, making very produced, layered tracks, all clocking in at three-minute-30 on the dot… I was a little bit burnt out. It felt like it wasn’t really me.

So time for action. Decisively, impulsively, Dan Croll bought a one-way ticket to Los Angeles. It was far away, it was sunny, and it was the source of so many of the classic records he loved. He only knew one person there, a musician/podcaster called Danny who’d once interviewed him and said that if he ever fancied coming to LA…. This new album tells the chronological story of Dan's move to LA, finding his feet.

Starting in February 2018, over the next 12 months Croll turned his experiences into 20-odd songs, eventually whittling them down to a solid dozen chapters. Then, in spring 2019, he spent a month with the estimable Matthew E. White in Virginia. Every day the artist, the producer and his crack local players would meet at midday, have lunch and a laugh, then get to it, bringing to life Dan Croll’s songs in the inimitable Spacebomb country-psych-soul style.

With his previous 2 albums he’d needed a full band to perform live his multi-layered indie-pop compositions but for album 3, Dan felt it was time to reconnect with his inner singer-songwriter and with the music that first inspired him - James Taylor, Joni Mitchell, Burt Bacharach and more.

Each song tells a story, in narrative order. To pinch a title from one of those great albums he loves, think of this as his greetings from LA. To also pinch the title of a great LA/Hollywood memoir, think of these as postcards from the edge.

So this is Dan Croll’s bold and brilliant, evocative and inventive third album. A record he had to make, a diary of something he hoped would be a new beginning (but that could equally have been a dead end). A dozen songs he knew he wanted to sound stripped back but, at the same time, feel rich and evocative. A lovingly recorded and produced project offering a modern take on older sounds. A third album that, finally, felt like him.