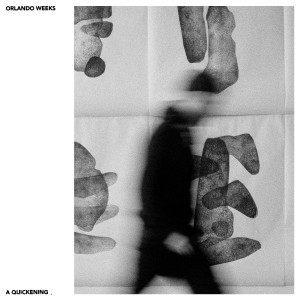 As the birth of Orlando Weeks’ son drew near, he wanted to try to make sense of an experience that is both ordinary and extraordinary at the same time. The result is ‘A Quickening’, an album that tells the story from the point of view of a prospective father-to-be, a figure both vital to the story and yet also somewhat removed, in awe of what the mother goes through and often helpless to do anything about it.

“I was trying to find a course through something that happens all the time, but still feels exceptional,” Weeks says.

A baby is born every minute, and yet the experience of becoming a parent - and the way it promises to change your life - is unprecedented.

Weeks’ voice shimmers as it expresses feelings of love, fear and wonder that are overwhelming but still delicate. Drums trip, woodwind and brass can be heard, piano lines run in and out, vocals layer and guitars are few and far between. This is not the indie rock and roll that some may have predicted.You might think of Talk Talk. You might think of Robert Wyatt. You might think of Radiohead or Bon Iver. You might think of the wonder of Kate Bush. You might think of Lambchop’s late career electronic turn, replacing in that case Kurt Wagner’s Nashville-inflected fragments with Orlando’s chiming and pure delivery, served up by way of South London.

Many of those influences surge and flourish throughout the new single ‘Blood Sugar’. A mesmeric, all-enveloping layer of sound highlighted by choral vocal harmonies. The track includes the line “gone the bell that rung forever… at least as long as I can remember”, a reference to Big Ben which was under repair and had stopped chiming at the time of his son’s birth, Weeks commented; ‘’I couldn’t work out if its silence was a good omen or a bad one.’’ Stranger than that, for much of their time at hospital, Weeks and his partner found themselves in the very same room he was born in.

‘A Quickening’ was created with the help of Weeks’ old friend Nic Nell, who produced, engineered and mixed the album. The pair collaborated on the music that accompanied Weeks’ 2012 graphic novel, ‘Young Colossus’. Nell also runs the label Algebra Records and makes music under the name Casually Here. The album also highlights select performances from members of Weeks’ live band: Caruso (drums on ‘Blame Or Love Or Nothing’ and ‘All The Things’), Sami El-Enany (piano on ‘Takes A Village’ and ‘Summer Clothes’), and Will Petherbridge (the freewheeling solo on ‘St Thomas’’).

In addition to its digital and streaming releases, it will also be available on three physical formats: heavyweight vinyl, CD packaged with a poster, and a limited edition clear deluxe vinyl which will include a signed and hand-finished print. The deluxe vinyl will only be available via Orlando Weeks’ Music Glue store and in select UK independent record stores.

Weeks spent much of his young life as the frontman of Ivor Novello wining band The Maccabees, going on to become a children’s book author in the wake of the band’s disbanding. His first book, ‘The Gritterman’ (2017), came with an accompanying soundtrack and was described by the Financial Times as recalling “Raymond Briggs at his darkest.”

Milk Breath
Blood Sugar
Safe In Sound
St. Thomas’
Takes A Village
Moon’s Opera
All The Things
Blame Or Love Or Nothing
None Too Tough
Summer Clothes
Dream