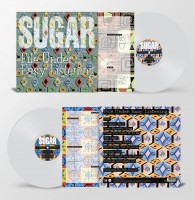 Released in 1994, File Under: Easy Listening is the group’s second and final full length studio album. Includes the singles ‘Gee Angel’, ‘Your Favourite Thing’ and ‘Believe What You’re Saying’.

For the first time, the album is presented on heavyweight 180g clear vinyl.