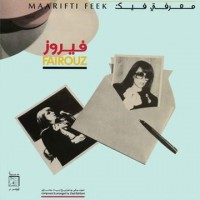 Fairuz's ultra rare 1987 classic composed and arranged by ziad rahbani and featuring the cult arabic groove "ouverture 83" is reissued for the first time on vinyl remastered from the original tapes.

Following the reissue last year of Fairuz's classic 1979 album "Wahdon", Wewantsounds pursue their exploration of great Lebanese music with the reissue of Fairuz's highly sought-after LP "Maarifti Feek," released in 1987. Recorded in Beirut around 1983-84, the album features the Diva's superb voice combined with Ziad Rahbani's jazz and funk orchestration, making it one of the most in-demand albums on the Arabic funk scene.