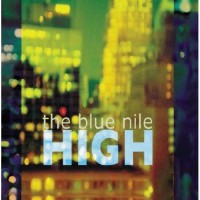 The Blue Nile hope you fully enjoy them!!

Patrick says: Scotland’s kings of sophisti-pop complete their reissue series with 2004’s ‘High’, an album which found a heartbroken Paul Buchanan once again staring at city lights through rain soaked windows. As emotive and immersive as any of their early work, this is well worth a first time on vinyl and expanded CD release.

CD TRACKS
Disc 1:
The Days Of Our Lives
I Would Never
Broken Loves
Because Of Toledo
She Saw The World
High
Soul Boy
Everybody Else
Stay Close

Disc 2:
Wasted
The Days Of Our Lives. Remix
She Saw The World. Remix
I
Big Town
Here Come The Bluebirds