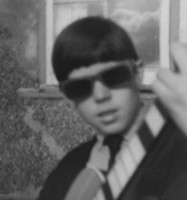 This eighth album by Songdog is a collection of twelve songs by Welsh songwriter Lyndon Morgans on the subject of passing time, the damage it can inflict, and the condolences it may bestow upon a man. Songdog's 2017 album 'Joy Street' received great press from the likes of Mojo, Uncut, The Mirror, Maverick and AmericanaUK, amongst others. Tracks were featured on BBC Radio 2 and BBC 6 Music, including a session on Tom Robinson's show. In his review for The Mirror, writer Gavin Martin said: "Morgans' development as a songwriter, playwright & musical connoisseur is clear. The songs breathe in details and scenes of a lifetime." In his assessment for Uncut, Nigel Williamson said: "Dylan Thomas meets Ray Davies backed by The Waterboys? Believe it." Previous output has also attracted praise from well-known names such as Bruce Springsteen and Robert Wyatt.