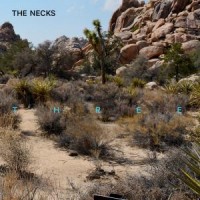 Previously on The NECKS:

'The greatest trio on Earth' (The New York Times),

'Among the world's greatest forces in music' (The Los Angeles Times)

'One of the most entrancing live acts in the world' (The Guardian).

On tour in March/April to synchronise neatly with this release.

Otherwise. This is a new Studio recording. And it's by the same band as it's been for the last 33 years