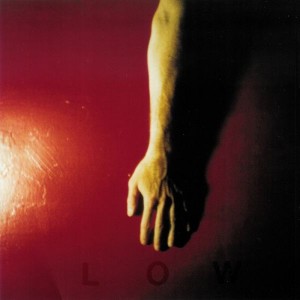 Sixth album from Low, once again combining their beautiful vocal harmonies, alongside sparse guitar and bass, and simple drum rhythms. The album was recorded in their hometown church, which emphasises perfectly their minimal, emotive grandeur.

“...achingly slow, unabashedly sad, and beautifully spare; consistent enough that you know it'll bring you down, but diverse enough that you're not sure how." - Dusted.

“On first listen, it's quite difficult to square the two distinct facets of Trust; it's almost gothic morbidity, and it's candyfloss, campfire breeziness. And yet, it's this polarity that makes Trust the masterpiece that, on reflection, it quite obviously is." - Drowned in Sound [10/10].

“From the high plains of Duluth, Low continue to create music true to the universe they invented without standing still." - Popmatters.