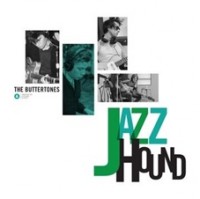 Before settling in to make Jazzhound, their most extravagant, ambitious, and fully realized album to date, the Buttertones had to face the hounds of real life. Prior to a headlining summer tour in support of Midnight in a Moonless Dream, a fiery blast of an album capturing the band at their purest distillation, drummer/multi-instrumentalist Modesto had a sudden and serious medical scare involving his eye, requiring emergency surgery. He lost half his vision (it will hopefully return with a future operation), and the tour had to be cancelled. Music took a backseat for the time being gave us some perspective on our health says bassist Sean Redman,the fact that we have to look after ourselves and one another first, or else the music just cant happen Cobin, Redman, and vocalist/guitarist Richard Araiza have been playing together for seven years now, having first come together for a self-titled debut in 2013; along with London Guzman on sax and keys, they’ve come to establish themselves as one of L.As tightest groups, conquering stages from Coachella to Tropicalia. When one of their own had a scare, they rallied around him and used the experience to come together stronger than ever for the record they were getting ready to make