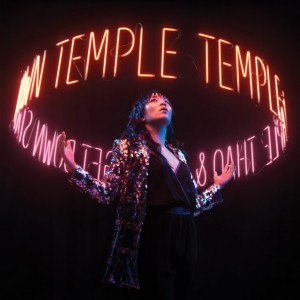 Thao & The Get Down Stay Down, the San Francisco-based band fronted by singer and songwriter Thao Nguyen, is set to release their fifth studio album Temple on 15th May via Ribbon Music. In celebration of the upcoming album, the band is debuting the title track alongside a video directed by Jonny Look, featuring choreography by Erin S. Murray

The album is among Thao’s most open and honest work yet, finding her coming out in her public life after a long career in which she kept her queer identity quiet in an effort to avoid turmoil with and alienation from a family and culture she deeply loves. “But that shit will kill you,” Thao says.

“I have divided myself into so many selves. I am nervous, but hopeful that in belonging to myself, I can still belong to my family, and my Vietnamese community, especially the elders.” She continues, “I believe that shame has made my work more general, when I’ve always wanted to be specific. This record is about me finally being specific. If you listen to my music, I want you to know who you are dealing with.”

Thao almost opted not to make another record, feeling that rock music no longer was capable of saying what she needed to express. But it turns out making a record was necessary; it forced her hand to create a space wherein she could finally exist as her entire self. Temple is an album compelled by love and the urgent need to live one full, whole life. Thao and her girlfriend got married recently, and she says, “I have my partner and our home to ground me in this life, in my one life. And everything I do now, everywhere I go, every time I present myself to people, it is finally all of me.”

Temple is the first Get Down Stay Down record to be self-produced. Thao teamed up with longtime bandmate Adam Thompson to produce the record; he shares writing credits on five songs. Mikaelin “Blue” Bluespruce (Solange, Carly Rae Jepsen, Mariah Carey) mixed the record. “Blue mixes more in the hip-hop and pop world and that’s what we wanted,” says Thao. “More fidelity, more upfront beat and groove-heavy mixes that are filled out and immersive…high highs, low lows, lush tones.”

Temple follows Thao & The Get Down Stay Down’s 2016 album A Man Alive, which was released to widespread critical praise. Over the past year, Thao also served as guest host of the acclaimed podcast Song Exploder.

The Future Sound Of LondonDead Cities