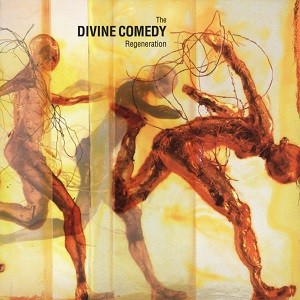 Regeneration was originally released in 2001. Recorded with Radiohead producer Nigel Godrich, the album was a more stripped back, guitar-oriented affair, and a big break with their trademark orchestral sound. The Observer said: "Regeneration marks, for Hannon, a personal and musical breakthrough". Time Out said: "Hannon has finally created an album as complete and deftly wondrous as you suspected he was capable of; every track shines with a love for music." The Times said "A subtle collection of gorgeous pop songs. Combining the lyrical dexterity of old with some spectacular melodies, this is an album that lives up to the promise of its title". Key tracks from the album include singles Love What You Do, Bad Ambassador and Perfect Lovesong.

CD 1/LP:
Timestretched
Bad Ambassador
Perfect Lovesong
Note To Self
Lost Property
Eye Of The Needle
Love What You Do
Dumb It Down
Mastermind
Regeneration
The Beauty Regime

CD 2:
Get Me To A Monastery
Lost Property (early Idea)
You
U.S.E
How's Your Wireless?
Thinking The Unthinkable (demo)
Garden Cities
Timestretched (demo)
Note To Self (live)
Edward The Confessor
Soft Power
Born With A Broken Heart
Mastermind (rehearsal Version)
Boy With A Harmonica
Soul Trader
Perfect Lovesong (early Idea)
The Night Is Not Enough
No Excuses
Love What You Do (Live)