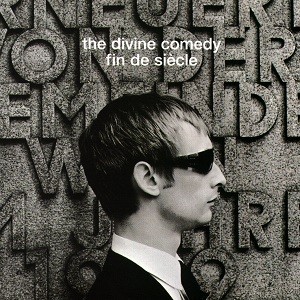 Fin de Siècle was first released in 1998. Chock full of millennial angst, it was the band's most ambitious album to date. Time Out described it as "A huge, extraordinary record – a concept album even, picking at the scabs of twentieth century existence.. quintessential pop music." Metro said "Fin de Siècle ...is dangerously close to being a masterpiece.. funny, sad, melodically compelling and obsessed with the themes of numbness, death and public transport." Neil McCormick in the Telegraph said "Neil Hannon is one of the most prodigiously talented individuals working in the world of pop... The range of Hannon’s songwriting is simply unmatched by any of his contemporaries." The album charted at number 9, but it was the third single from the album, National Express, that provided The Divine Comedy with their first top ten single. Other stand out tracks from the album include Generation Sex, The Certainty Of Chance and Sunrise.