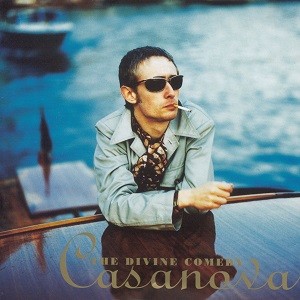 In 1990 Neil Hannon started recording and releasing under the name The Divine Comedy. Thirty years and twelve great albums later, Hannon is rightly adjudged one of the finest singer songwriters of his generation. To celebrate, Divine Comedy Records are remastering and reissuing nine of the band's classic albums. The reissues will be released by Neil’s own label Divine Comedy Records.

Casanova was the band's third album and the first to bring real success. First released in 1996 it explored and dissected a world of casual affairs, loose morals and a thousand anxieties in between. From the NME: "’Casanova’ fairly teems with sex, with suppressed desires.. with ample evidence of what dicks men can be." Mojo described it as a "glorious.. sumptuous paean to life, love and longing." Select said "Only a barren heart could resist it.. Sensible people simply swooned." Singles Something For The Weekend, Becoming More Like Alfie and The Frog Princess became chart hits and airplay staples while an alternate version of Songs Of Love became the theme music for legendary Channel 4 sitcom Father Ted.