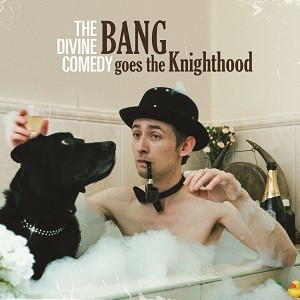 The Knighthood was first released in 2010. Written in the aftermath of the 2008 financial crisis, Bang.. took an acerbic look into the lives of the rich and powerful, and their impact on the rest of us “down in the street below.” It was described in the Sunday Times as "a collection worthy of Randy Newman at his best" while Pitchfork said, "Neil Hannon continues to quietly and effectively operate his own one-man niche, thanks to impeccable arrangements and tightrope-walking songwriting." Includes the singles At The Indie Disco and I Like, and live favourites Assume The Perpendicular and The Complete Banker.

CD 1/LP:
Down In The Street Below
The Complete Banker
Neapolitan Girl
Bang Goes The Knighthood
At The Indie Disco
Have You Ever Been In Love
Assume The Perpendicular
The Lost Art Of Conversation
Island Life
When A Man Cries
Can You Stand Upon One Leg
I Like