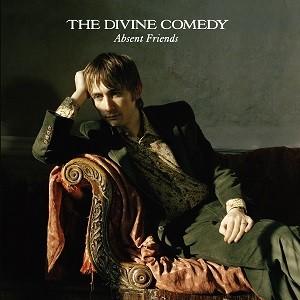 Absent Friends was first released in 2004. Describing the album, Neil said: "The songs use stories and characters as a framework to pin my ideas on. It's mostly about the eternal battle between the pull of personal freedom and the comfort of domesticity”. The album was recorded by Guy Massey, mixed by Nigel Godrich and features guest appearances by 6 Music DJ Lauren Laverne and French multi-instrumentalist Yann Tiersen. “The whole album is rich, beautiful and can make you smile and cry on the turn of a chorus” stated Phill Jupitus in the Radio Times, while the Guardian described it as an “ornate gem” and Word magazine said, “it’s Neil Hannon’s best yet”. Stand out tracks from the album include singles Come Home Billy Bird and Absent Friends, as well as fan favourites Our Mutual Friend and Charmed Life.

The Divine ComedyBang Goes The Knighthood