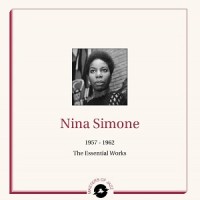 Nina Simone was an exceptional artist. She was gifted with a precocious talent and she played music at home and in church. Nina originally counted on becoming the first black female classical pianist ; her plans were thwarted and that frustration no doubt permeated almost her entire career. Yet she became a diva capable of combining the jazz world with those of the classics and soul, and among other titles she recorded are some of the most vibrant and moving performances of Wild is the Wind or You Can Have Him, I don’t Want Him.

She was one of the greatest artists of her time, and her fervour and rigorous demands concerning the quality of her music took her to the highest summits, whether in her compositions or in her vocal and piano performances. For all that, she never forgot her condition as a black woman in the America of the Sixties, and her active commitment to defending the rights of the black minority was exemplary - and at times even excessive, for which she was often reproached.

She has left us some of the most beautiful chapters in jazz and soul music, among them the 23 titles that appear in this album.

Nina SimoneI Put A Spell On You