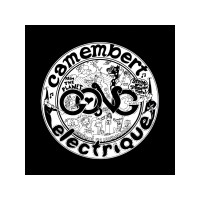 Formed in 1969 by Daevid Allen, one of the founder members of Soft Machine, Gong established itself as one of the most unique, innovative and experimental rock groups of the Seventies. Absurd, anarchic and powerfully psychedelic, ‘Camembert Electrique’ is the first proper Gong album.

Originally released in France on BYG Actuel (a Charly label) in 1971, then licensed to a young Richard Branson for his fledgling Virgin label in the UK in 1974, this iconic and influential album is still devastatingly fresh-sounding in the 21st century. Weirdness, wisdom, outr rock of the ‘highest’ order - as you’d expect from the founding-father of acid-rock Daevid Allen.

Camembert Electrique’ is released worldwide by Charly Records as a strictly limited-edition audiophile LP. The album has been remastered from the recently discovered original BYG master tape and pressed on 180-gram heavyweight vinyl. The LP is packaged in a lavish replica of the original gatefold sleeve, complete with all inserts.

To the delight of Gong fans everywhere, the album’s original track listing, correct song titles and timings have been fully restored (they’ve been wrong since 1974....!). Samples taken from ‘Camembert Electrique’ have been included on Gong’s album ‘I See You’ (Madfish SMACD1023) recently released to critical acclaim. Gong are also performing a career-spanning live show which includes material from ‘Camembert Electrique’.

“I have a distinct feeling that Daevid Allen is one of the few true geniuses that have been thrown up by the rock media . . . a Dylan Thomas of another age.” - Steve Turner, Beat Instrumental, 1971

“This is a classic... Camembert Electrique remains undated after almost 30 years and hovers “strong and steamin’” over most of the Gong catalog.” - David Ross Smith, All Music Guide