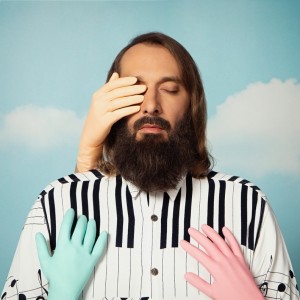 An electronica album that buzzes with humanity, his most melodically refined work to date and a joyous Franco-pop fantasia.

The parisian pop genius took one of his famous leaps into the unknown with the release of his recent single ‘a ballet’. Sonically it was full of the character you’d hope for him to deliver - dreamy French electronica, classic pop songwriting and yacht rock-style sax. Thematically, however, it played with the unlikely parallels between music and the never-ending routine of domestic life. As he questions, “maybe the key to happiness is there, hidden under a dirty laundry basket?” setting himself apart from an ocean of beat-makers, Tellier wrote the vocal melodies first and then arranged the instrumentation around them. His surge of inspiration was such that he wrote 200 songs for the project, yet he also possessed the discipline to keep the final album to a taut and concise eight tracks.

Side A
A1. A Ballet
A2. Stuck In A Summer Love
A3. Venezia
A4. Domestic Tasks