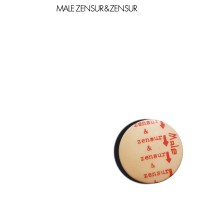 It was 40 years ago when Germany’s first ever punk band MALE released their 'Zensur & Zensur' album, now to be reissued. Anything was possible in those heady days. The Dusseldorf punk scene was without compare in the years 1977 to 1979 and MALE were there in the thick of it, etching their name into German musical history. MALE arguably reached their zenith as backup for The Clash on the London Calling tour in Germany. In the wake of the name change to Vorsprung, Jorgen Engler soon shifted his focus to die Krupps, but MALE remained close to his heart as new songs and the odd gig here and there demonstrated in the years that followed.