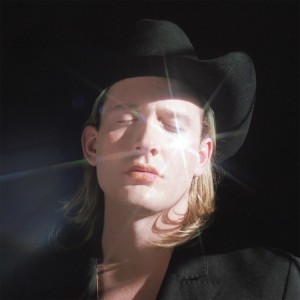 Born William Fussell in 1989 in Adel, Georgia (a small town near the Okefenokee Swamp) Harper’s family quickly relocated to Hollywood, Florida where he immersed himself in the arts more readily available in southern Florida: disco and country music. His father was an Elvis impersonator who introduced him to Waylon Jennings, Patsy Cline and Hank Williams and his mother watched ‘Grease’ with him every month introducing him to his lifelong style icon, Olivia Newton John. At the age of 10, Harper’s family returned to Georgia, this time to the suburbs of Atlanta, where he would spend his teenage years performing in both church choirs and punk bands. On the day of his eighteenth birthday, Harper left home, beginning his journey to become the Starmaker celebrated in his album’s title.

The name ‘Starmaker’ is inspired by the Joni Mitchell classic ‘Free Man in Paris’, which is an ode to the stresses of having to play the game of the music industry. Co- written with his wife, Alana Pagnutti, the album is not a commentary on Mitchell’s words but it explores similar ideas about fame, fortune and failure. “I'm the starmaker,” he offers. “These songs are primarily about my journey to create them. The album as a whole, is about my relationship with my wife and loved ones in the search of this success and fame.”

The majority of songs on ‘Starmaker’ embrace contradictions and dichotomies in both subject matter and style. Love and sadness, melancholia and happiness, success and failure, come in and out of focus. ‘Something Relative’ is an elegantly simple ballad about a friend of Harper’s that died of an overdose. The sparse picked guitar contrasts the flowing, melodic strings as Harper hopefully sings about his lost friend. ‘Tomorrow Never Comes’, a Big Star meets The Eagles turned Krautrock instant classic, speaks to the early days of Harper and his wife’s long-distance relationship; the happiness of finding someone you love tarnished by the eventuality of having to say goodbye. In Dido Building Carthage, a tragic story of love and suicide is contrasted with the hope of building a new empire. The juxtaposition is mirrored in the surface of Tuner’s painting where classically-painted figures appear and simultaneously fade into a looser, more abstract handling of the landscape.