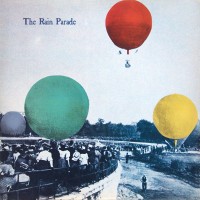 Though there are a number of worthy contenders—Dream Syndicate's The Days of Wine and Roses, The Bangles' All Over the Place, Green on Red's Gas Food Lodging among them—Rain Parade's 1983 release Emergency 3rd Rail Power Trip places at worst in a tie for first among the greatest albums to emerge from the early '80s L.A. Paisley Underground scene. That's because the band—and the album—were probably the most transparent in their influences and probably the most successful in transcending them.

Here was the jangle-rock of the Byrds married with the soft, downbeat vocal harmonies of early Pink Floyd, infused with a Love-like delicacy, peppered with a Buffalo Springfield twin lead guitar attack—yet the dark lyrical themes and droning melodies made listening to Rain Parade a singular experience, like being on an acid trip teetering on the knife edge between pure nirvana and colossal bummer. Which, for true fans of psychedelia, was an awfully sweet spot to be.

Emergency 3rd Rail Power Trip was the band's debut album, and the only one to feature the original line-up of multi-instrumentalist Will Glenn, drummer Eddie Kalwa, bassist Stephen Roback, and guitarists David Roback (later of Mazzy Star) and Matt Piucci; it hasn't been reissued on LP for over thirty years, and never in the U.S.