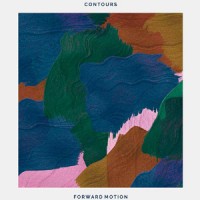 Tom Burford aka Contours is a Manchester based DJ, teacher and producer. Known for his extensive love of exotic dance rhythms, esoteric tribal jazz and percussion from far-flung lands, this record of Anna

Opening up with its most prominent instrument, the balafon, creating a hypnotic vibe in which keys and broken beats intertwine creating a swinging rhythm. The second track, "Batterie", slows down the groove and allows plenty of space for the keys to lay over the depth of bass-heavy drum pattern.

The flip side of the record pitches up the tempo and sees layers of Latin infused rhythms mix with London, scene-defining broken beat riffs, synths and melodies. The record finishes up with a remix from one of the London underground scene’s key contemporary figures, K15, adding a darker tone to the flow of the track while upping the dancefloor energy of the groove.

Sil says: Jazzy house that will sit nicely between St Germain and some Guidance Recordings gems from back in the 90s. Gentle and coffee table friendly.