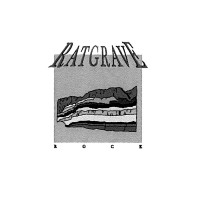 Max Graef and Julius Conrad are Ratgrave. ‘Rock’ is their second album - ongoing transmissions of Electronic P- Fusion from Earth. It follows a stellar debut on Funkineven’s imprint Apron. The duo’s sound palette draws inspiration from 80s funk, soul, rock and electronic but through a contemporary lens from two versatile multiinstrumentalists.

In their own words: “Rock is the essence of energy and vibration we felt in different styles of music, almost like a parallel component connecting all things we like. In the process of recording the new album we kept coming back to this essence no matter what style the original idea was. There was the raw and brutal energy of Jazz-Rock, a lot of video game influences that somehow adhered this essence just as well as quieter Pop and Psychedelic passages that we recorded. Among other things we absorbed a lot of heavy music during the time of the recording like Blue Cheer, Black Sabbath, Frank Zappa or Jimi Hendrix and realized while writing our own music how much impact they had even on quieter songs. This is why ‘Rock’ felt like the perfect title although the music ranges from P-Funk and Spiritual Jazz to various styles of Pop and beyond.”

Max Graef has previously collaborated with Glenn Astro on records for Ninja Tune and both artists have previously released on Tartelet.

Millie says: The perfect combo of funk/jazz/pop/electronic/balearic to transport you back to the 80s. These tracks would make legendary TV intros/title sequences, an ace mixture of all those genres and it works so well. Get your funk on!!