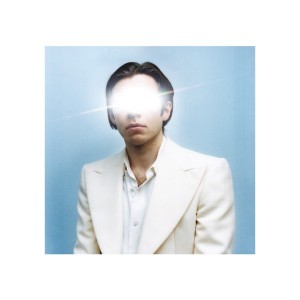 After coming to prominence as the frontman of the Mercury Prize-winning Klaxons, recording with Arctic Monkeys and crafting his Shock Machine project, James Righton releases his debut solo album “The Performer”.

‘The Performer’ stands in stark contrast to the electro-hedonism of Righton’s work with Klaxons. Instead, it spins through various points from 1970 onwards. It touches on the suave art-lounge of Roxy Music, the jangly grooves of R.E.M., the sumptuous psychedelia of latter day Beach Boys and the songwriting gift of Nick Lowe. In short, it uses classic elements as the groundwork for something which feels a natural fit for now.

The album flits between two core themes. Fatherhood has changed Righton’s life. It’s altered the relationship with his wife Keira Knightley, which he explores on the 90s-tinged pop-rock of “Start” and the crescendo that soars through “Lessons In Dreamland, Pt2”. But there are simpler emotions too, with the unrequited love and sweet harmonies of “Edie”, a song he wrote for his daughter when she was just a few days old.