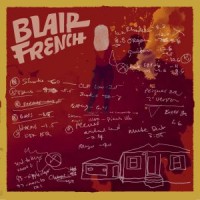 After 3 months holed up in the studio Blair French has emerged to bring you "Genes / Space Conductor" 7” in support of his forthcoming album "The Art Of Us" on Rocksteady Disco. The A-side holds the “Loose Fit” mix of “Genes”, where Blair channels his inner Tony Allen for an expertly executed modern psychedelic Afrobeat cut featuring a heavyweight cast of Detroit characters including Todd Modes, John Arnold, and Paul Randolph. On the flip is “Space Conductor”, a cosmic afro broken beat joint with heavy drums, a huge bassline, kora, and Blair’s vocals, exclusively available on this 7” only. Housed in a full color jacket, cut loud to lacquer, and pressed heavy with pride at Archer on Detroit’s east side.