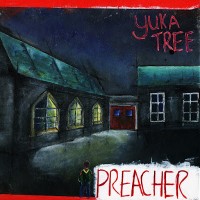 Yuka Tree are a highly tipped new indie-punk, or in their terms, ‘Plant Punk’, band based in the north of England, already noted by Reyt Good Magazine in their 'Bands to Watch in 2020' and by Music is My Radar as one of their 'Sounds of 2020'

The 5-piece played their first show in Feb ’19 to a sold-out Jimmy's Manchester supporting The Clause. They spent 2019 writing and developing an in-your-face, yet grippingly melodic live set, with gigs including a support on the band LIFE’s recent UK tour.

Recorded with Fat White Family producer Jack Howorth alongside Stephen Harrison, Yuka Tree’s debut single ‘Preacher’ boasts original cover art by the bands bassist Joe and is described by lyricist / front man Kieran Breese as “a call for free thinking, self-expression and a healthy critical attitude towards authority and social norms. We still see people marginalised, discredited and abused for the lives they want to live. We’re told to be ‘successful’ or ‘normal’ your life must go a certain way, get a certain kind of job, have kids and get married. The song questions social pressures. Don’t do something because someone else wants you to, do whatever you want to do with your life. Express your creativity, gender or faith, in the way you want to.”