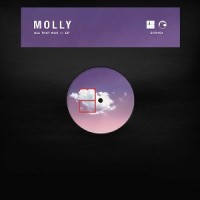 Limited-edition EP released to coincide with the Austrian shoegaze duo's extensive European tour. Pressed on snow white vinyl, it compiles three remixes of tracks from last year’s acclaimed debut album All That Ever Could Have Been that have only been released digitally to date. Maps’ version of previous single ‘Weep, Gently Weep’ takes the glacial and grandiose structure of the original and adds an avalanche of electronic beats and snow-capped synths. William Doyle (formerly East India Youth) turns the title track into an ambient epic, with sequencers bubbling like mountain springs, and the bells from the Tyrolean sheep ringing out on what is essentially an Alpine version of The KLF’s Chill Out. Mark Peters, meanwhile, combines Parts I and II of ‘Coming Of Age’ and relocates them from the Alps to the windswept hills of northwest England that inspired his own album, Innerland, resulting in six minutes of cloudy ambient beauty, before the skies clear for a stunning Kevin Shields-style sunset. Rounding out the EP is a brand new re-recording of their classic song ‘Glimpse‘, here re-titled ‘Another Glimpse’ and amplified in every way, veering from serene Sigur Rós to splenetic Smashing Pumpkins within eight minutes.

1. Weep, Gently Weep (Maps Remix)
2. All That Ever Could Have Been (William Doyle Remix)
3. Coming Of Age (Mark Peters Remix)
4. Another Glimpse

MollyAll That Ever Could Have Been