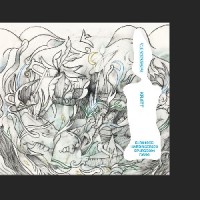 Finally Massicot's second album is here! As ever the groove is the key to Massicot's sound.Simple, seductive and human.The band choreograph their way around the spaces between traditional spiritual story telling mysticism of Northern European pagan folklore and latin and middle-eastern inspired polyrythms topped off with a little post-punk. As ever the arrangements are full and juicy whilst formed from the simplest elements. The bouncing percussive tapestries are coupled with thick pulsating basslines which form the meandering but tightly wound rolling beats. Over which goes the accenting citric guitar hooks and the soothing Latvin chant-like choral vocal melodies. Massicot create a carnival dance that locks in the mind whilst luring the body. In true collaborative spirt this record is released in conjunction with our sister-label Spurge Recordings and also the good folks at Bongo Joe (Geneva) and Red Wig (Hamburg). No borders, ever.