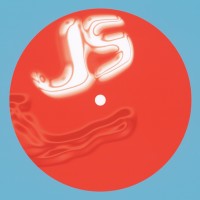 Jump Source release their second record on in-house imprint JS with their heaviest endeavour yet. Four dense, forward-propelled cuts for smokey, low-ceiling dancefloors. Fast paced and littered with dub-techno artefacts, "Empathy Dub" rattles and ricochets of a rigid soundbed, like sonic fibraglass snapping back all that you throw at it. Fans of James Zeiter and cv313 are gonna love this one.. An interestingly titled "A Capella" then follows suit, but instead of ditching the instrumental stems for the vocal we're treated to a beatless and meandering synthesizer journey; again peppered with dub-delay and outerspatial fx and finding us landing in a deep pool of Martian plasma...

"Empathy Dub 2" will instantly pique the attention of any Basic Channel fans with its rootsical, dread-tek beat; whilst "Empathy Dub 3" concludes this highly elegant, late nite stepper with a trickski, intricate, interwoven journey into delicate, staccato sequences and a highly textural hi-def aesthetic. Mega stuff here, made in Montreal, delivered to the world and really quite exceptional. You need!