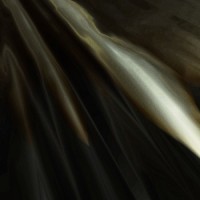 Edouard Cheritel is a Paris based French composer who has been working on classical compositions for almost 25 years. At the age of four he started to learn the clarinet at the National Conservatory of Lyon and stayed there for 21 years. During this long development of his musical capabilities he has learned to write and play chamber and symphonic music - he studied classical composition for 15 years - and worked in the fields of modern composition for another 6 years.

In the meantime Edouard always experimented with electronic music while being a member of several electronic and pop bands. The biggest commercial success was his project "Employee Of The Year", which has released two albums, layed several times on the French national television, has done remixes for SOHN & Wild Belle and provided several pieces for advertisements.

After building this foundation as a very versatile artist over years, Edouard Cheritel finished his first solo compositions called "Suite No1" in 2019. They form a compact debut Suite consisting of four movements combining the classical composition skills of Edouard with his sensitivity for electronic tunes and a lightly pop appeal, resulting in a partly melancholic and partly very energetic journey.

Beside the activities regarding the ongoing Suite series, Edouard Cheritel currently works on his debut solo full length and a project called "People" that he will realize in 2020. For "People" Edouard will compose music day-to-day together with and for the people in the pedestrian areas of Paris. Concrete plans for this project will be revealed at the end of 2019. In the future there will also be opportunitities to see his pieces being performed by himself solo in an intimate context or with a complete live orchestration he is currently working on.