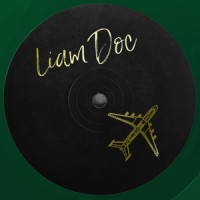 Liam Doc AKA Liam Docherty is next up on Denis Sulta’s Sulta Selects Silver Service label.

Liam grew up in London before moving back to the family hometown of Glasgow at 14. Growing up, his schooling in house and techno was on the floor of the Sub Club’s legendary Saturday night session with residents Harri & Domenic.

After he started producing house and techno, his edit “Voices of East Harlem” caught Sulta’s attention, who championed it in his sets to awesome effect. Liam is the resident at Wednesday house and techno night RARE at Sub Club. He also started his own quarterly warehouse parties in Glasgow, called Cyberfreq. After hours illegal raves at first, after a run in with a Scottish tabloid they went legit and started programming them at Glasgow’s The Berkeley Suite club. In addition to releasing on SSSS, he’s founded his own label Eyeangle Records (releases from Kamus and Lobec) as well as sub-label Roux Records and released on Huntley & Palmers.

‘East Coast Edits’ (coming on 12” and digital) is a collection of ecstatic dance floor filtered edits, sure to give the floor at the Sub Club and beyond a workout.