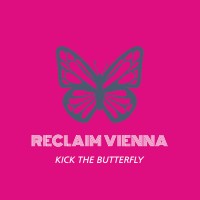 Reclaim Vienna are building a loyal fanbase in the North West and you can hear the echoes of Mancunian heavyweights like Slow Readers Club, New Order, Joy Division and The Courteeners in their stomping indie-electro sound.


“The song describes no matter how good a situation might feel or seem, there is always that voice in your head telling you it won't last - regardless of what you tell yourself,” explains guitarist and songwriter Danny Smith on the euphoric new single. “It’s basically nightclub music with a pop twist, the kind of music you want to dance to. We want people to come alive to our music.”

The band met growing up in the nearby towns of Winsford and Northwich in Cheshire, drawn together by their shared love of music. They officially formed as Reclaim Vienna in April 2018 and soon released Paris (a demo track that gained support from XS Manchester Radio despite not being an official release) and sold out their debut Manchester live show. The 6-piece band class their sound as Synth-Wave or Electronic Indie-Pop - their songs being a blend of synth loops, anthemic guitar hooks, stomping beats and catchy pop choruses.

L.A. PeachCome On Over And Test Me