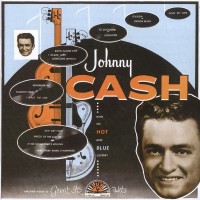 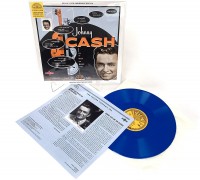 'Johnny Cash With His Hot and Blue Guitar' was the first-ever Sun album to be released on the label in October 1957. It included one side of Cash's debut hit single, 'Cry! Cry! Cry!', the classic follow-up 'Folsom Prison Blues' and the iconic 'I Walk the Line' which reached no. 1 in the US country charts and crossed over to the pop charts peaking at no. 17.

Complete with sleeve notes by noted Sun Records authority Adam Komorowski and president of Sun Entertainment Corporation John Singleton, the LP has been remastered from the original Sun master tapes by Nick Robbins at Soundmastering Studios and cut to lacquers at half-speed for unrivalled sound quality by Barry Grint at Alchemy Mastering in London.

The reissue series has been personally overseen by Singleton in Nashville and Charly Records founder Jean-Luc Young, continuing the long relationship between the companies begun by Shelby Singleton and Young over 40 years ago.