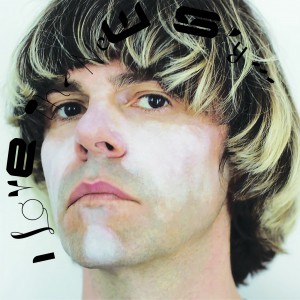 How inspiring it is to hear Tim Burgess conjuring up exciting and life-affirming sounds as he, almost inconceivably, enters his fifth decade on public duty. Frontman, singer, label boss, DJ and author, he’s been instrumental in so many great records over the years, always bringing enthusiasm, positivity and diversity of influence, which altogether light the way for those who hold him dear.

While in The Charlatans, Tim’s indefatigable energy has been a consistent fuel for the band across thirteen high-charting albums, his solo adventure has been no less extraordinary, scaling new heights in 2020 with his fifth solo release to date: ‘I Love The New Sky’. Released on Bella Union, it features wonderfully connective songs of everyday minutiae and universal experience, of love and anger, of loss and belonging, all united by elaborate yet natural arrangements and an effortless but deceptively expert way with melody.

‘I Love The New Sky’ differs from its predecessors in that all twelve tracks were self-penned. “In the past, I've written collaboratively,” says a characteristically, but rightfully excited Burgess. “(2012's) ‘Oh No I Love You’ was written with Lambchop’s Kurt Wagner in Nashville, and then ‘Same Language, Different Worlds’ was a collaboration with Peter Gordon who had worked extensively with Arthur Russell.”

The spark for ‘I Love The New Sky’ came after a year of touring another album, ‘As I Was Now’, which he’d made in 2008 but had a belated release ten years later. “That one was made in three days, just friends getting together”, he says – the amigos included Josh Hayward from The Horrors, Primal Scream Keyboard player Martin Duffy, Ladyhawke and My Bloody Valentine's Debbie Googe.

“I didn’t realise the album hadn't actually come out as I had a copy of it on my ipod so I figured that maybe everybody did. So, all those years later I thought it would make an interesting release for Record Store Day. It did really well, so I was approached to tour it for Independent Venue Week and after that a load of festivals asked us to play too. Average Sex were the support band that then became my band so it was a brilliant little tour. After that, I was really energized, and I thought, Right, I'm going to do another album, but really concentrate on making it a solo record, where I write everything on my own and all the songs are the very best I can make them.”

“I’d been listening to a lot of Isaac Hayes, Olivia Tremor Control, Carole King, Todd Rundgren, John Maus, Weyes Blood and Kevin Ayres - I’m not sure how much they have influenced the album but they were the impetus and inspiration.”

The twelve tunes of ‘I Love The New Sky’ were authored, he says, “in Norfolk, in the middle of the countryside, with the nearest shop eight miles away. There are no distractions, and I guess that way things happen. I wrote everything on acoustic guitar, and the chords were really considered. The guitar lines would lead the melody, and the melody would inform the lyrics – just dreaming away with music.”

So far, so Laurel Canyon, though ‘I Love The New Sky’ would end up sounding anything but hippie/folkie, thanks to a connection Tim made while living in a warehouse space in gritty Seven Sisters in North London, before heading to Norfolk.

“The Quietus had their office there,” he recalls. “I used to know pretty much all the stuff they were writing about, but then their album of the year for 2013 was ‘Glynnaestra’ by Grumbling Fur, and I really fell in love with it. I started talking to the band about working together. To cut a long story short I recorded a song with Grumbling Fur, they remixed two Charlatans tracks and a couple of Daniel O'Sullivan's solo albums came out on my label.”

As well as bass and drum duties on I Love The New Sky, O’Sullivan plays piano on much of the album, from the bouncing chamber-pop chords of ‘Sweetheart Mercury’ and the punchy chorus of ‘Empathy For The Devil’, through to ‘Comme D’Habitude’’s juxtaposition of blissfully rolling West Coast singer-songwriting and a complex Sparks-y Broadway-esque bridge, to the Velvets-y ramalama moves on ‘Warhol Me’ and ‘Undertow’’s sombre balladry.

The album was arranged and recorded quickly but not rushed: “Ideas happen fast, don’t they?” Tim reasons. The first sessions at Eve Studios in Stockport were with long-serving Charlatans engineer Jim Spencer. Tim, Daniel and Nik Void cut three tracks in two days, with Nik layering up modular synths in line with her previous day job in Factory Floor.

A third keyboard maestro entered the picture when Thighpaulsandra, a maverick musician and producer, came into the frame, best known for his work for Julian Cope, Coil Spiritualized and Elizabeth Fraser. I found out that he was based at ‘Rockfield’ [legendary residential facility near Monmouth, South Wales]. So I said, ‘Okay, that’s where we’re going to record the rest of it’.” As well as enlisting his know-how as an engineer, the cosmically-inclined Welshman also applied vintage synths and what Tim hazily calls “wizardry”.

For Burgess himself, the return to Rockfield was meaningful: “I hadn’t been there since we recorded ‘Tellin' Stories’” he says. “It was a matter of ending this long period of not going there, because after Rob died we couldn’t face it again. So nearly 25 years later, we returned and the positive feelings came back. Mark Collins [Charlatans guitarist] came down to play on ‘Empathy For The Devil’ and ‘Sweetheart Mercury’, and he actually had the same room as he had in 1996. It was like no time had passed at all.”

“I was in search of a certain sound there,” Tim adds, of his overriding motivation for returning. “I couldn’t exactly put my finger on what it was I was searching for, but I knew if it was there that I’d be able to find it”.

The results are nothing short of astounding. ‘I Love The New Sky’ has landed somewhere between Paul McCartney's ‘RAM’ and Brian Eno's ‘Taking Tiger Mountain (By Strategy)' and certainly that recipe covers both the all-pervasive tunefulness and high quality. Stylistically, though, it runs the widest gamut, from 'Empathy For The Devil's gospel style rockabilly skip, through to the sophisticated song-craft of ‘Sweetheart Mercury’ and the Nilsson-esque ‘Sweet Old Sorry Me’, with the angst-y gravitas of ‘Undertow’, which Tim describes as “a mood-changer, influenced by 10cc.”

Lyrically, this might almost be a defining collection from Burgess after thirty years honing his craft. There’s plenty of typical lightness of touch of ‘Only Took A Year’s joking reference to the album’s twelve-month gestation period, and the quip, “what’s your favourite Cure LP? I like ‘Pornography! But it could be any one of three.”

Equally amusing in its self-referencing is ‘Warhol Me’ set to a soundtrack of New York bubblegum pop. ‘Sweet Old Sorry Me’ finds Burgess reminiscing on his former life in Los Angeles, but drolly updating the Steely Dan vernacular for the social-media era with the line, “I had to unsubscribe from that particular tribe”. ‘Lucky Creatures’, meanwhile, follows Tim on his day back in LA on tour, as he enjoys “tacos on the underground”, revisiting his old everyday haunts in Hollywood.

‘The Mall’, too, revels in its everyday setting: “it’s an ordinary feature of everyday life. I’m pretty sure that the ‘escalating drama on a moving staircase’ bit happened at Boots in Piccadilly Circus. Maybe they'll put a blue plaque there one day. I love it round there, it’s like the whole world is happening – but it’s taking a small idea and trying to make it into something more universal.”

‘I Got This’ has the line “the future is friendly”. Says Tim: “Everyone’s been going through a lot of tough times. And the future is uncertain. But you have to have that optimistic outlook – like, waking up in the morning and feeling that it’s gonna be a good day.”

There is a sense of community within this solo venture, which is emphasised when Tim and Nik’s six year old son joins in on ‘Comme D’Habitude’, and with the assembly of what Tim calls a “gang chorus”, in the spirit of Dexy’s Midnight Runners’ ‘Plan B’, for the closing chant of the album title on ‘Laurie’. This song is particularly heartfelt, as Tim mistily reveals, written for “someone I love who I never met”. The end section happened spontaneously at Rockfield: “Everybody that came into the studio, I asked them to sing, so there are about 20 people doing that vocal – Mark Collins, Daniel, our friend Ally, Nik, Thighpaulsandra – everybody singing it, and for this spirit that is loved.”

The final stages of the album’s year-long narrative arc were enacted at Jet Studio in Brussels, with the Echo Collective string section. Burgess looked on “mesmerised at what was happening to the songs, taking an even more magical turn.”

With that icing on the cake, Tim is in no doubt that he has his finest solo record under his belt. On this occasion, it’s coming out on time, and he’ll be touring it with a live ensemble featuring Daniel O’Sullivan, Thighpaulsandra, another O Genesis artiste called Keel Her, and renowned avant-jazz violinist Peter Broderick, who plays on ‘’Empathy…’ and will recreate the Echo Collective parts, too. So, the community will grow. Just like Tim says, “the future is friendly.”

Andy says: Tim’s fifth solo album is his best by a mile and what’s even sweeter is that he wrote every song totally by himself. It’s the quintessential Tim experience; warm, open-hearted, playful and experimental, but absolutely always with a catchy pop hook at the centre of everything. There’s a sense of wonder and a carefree spirit at play, but don’t be fooled; these twelve ditties have sophisticated arrangements and are expertly embellished with sax, strings and piano, the latter provided by Grumbling Fur’s Daniel O’Sullivan. You could call this soft psyche or indie easy listening except Tim always throws a spanner in the works, a mad detour or delightful quirk. It’s a record full of surprises. Having warmed the hearts of a nation with his wonderful listening parties this summer, Tim has made the kind of album we’ll all be pouring over ourselves for many years to come.