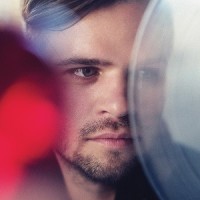 ‘…In The City Of Lights Where Nothing Is Grey…’

In the City Of Angels by way of Prague, Pink Gloves channels classic Italo disco on their Italians Do It Better debut. Petr Pliska weaves a tale of introspection on the neon soaked streets of Los Angeles.

Act 1 – Downtown. The title track is a hypnotic journey to the city center over a symphony of synthesis. He laments that he ‘Never wanted to come… never wanted to stay… in the city of lights where nothing is grey’. It’s a place where nothing ever changes & fantasy greets us in every direction. Beneath the sedated vocals, the synthesizers strike deep & dissolve quickly into a haze blanketing the strut of the heavy backbeat. The stage is set.

Act 2 – The Dancefloor. “Dancing on My Own” infuses Robyn’s four on the floor classic with its own cocktail of ethereal melodies & a rhythm section ala Ultravox. In the face of the Narrator’s lament, a mirror ball shimmers reflections of resilience.

Act 3 – The Highway. The downtempo “Wilderness” haunts us, bursting with silken synthesizers & spectral electronics reverberating like the ghosts of last night’s party. The tempered cinematic landscape blends with a mesmerizing sorcery as we drive into the unknown.

Act 4 – End Credits. Suddenly, the film is over. We hear the sunrise straight out of an ‘80s John Hughes film & the beautiful grit of Power, Corruption & Lies.

Barry says: IDIB are back for the 3rd (4th?) week in a row with 'Los Angeles' by Pink Gloves. This time we get the wonderfully wistful arpeggiated thump and octaved throbs of trad Italo all topped with hazy, longing vocals and retrofitted with perfectly modern production tricks.